Born in Valle de Santiago, Guanajuato in Mexico, Martinez arrived in the United States when she was in fifth grade.

“It was difficult, it was hard, I felt very alone,” she said. “I felt distant from my classmates.”

Martinez loved her school in Mexico, and she was also sad to leave her extended family behind.

Fortunately, fellow students reached out to help her adjust to her new home in Carbon Cliff.

“I really found a lot of good friends who only spoke English but were very kind and helpful and really tried to make me feel welcomed,” she said.

At Black Hawk College, Martinez was able to step into a similar role

The English as a Second Language (ESL) Mentors & Mentees Program joins BHC students with BHC international students to help both groups learn about other cultures. She got involved in the program and became a mentor.

Her fifth-grade friends who helped her adjust to the United States inspired her.

“That’s why I wanted to be a part of the mentor-mentee program, as a way to give back and be that friend,” she said.

The path to Black Hawk 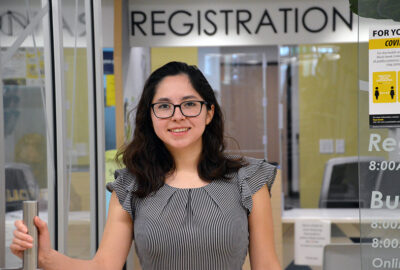 She then studied at Rivermont Collegiate, a private high school in Bettendorf, Iowa, and graduated with honors in 2013.

Not long after, Martinez returned to the United States and began studying at Black Hawk College.

She decided on Black Hawk because it offered flexible scheduling, which was important since she also working, and because she was familiar with it.

Martinez also knew she wanted to transfer to Augustana College eventually and that Black Hawk College could help her do that.

She became active in ALAS (the Association of Latin American Students) and served as the group’s president. She also was an assistant for the Mentors & Mentees Program in addition to being a mentor.

In 2017, Martinez graduated with her Associate in Arts degree. 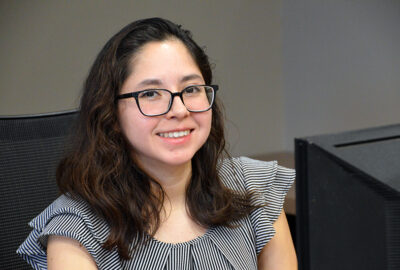 “The process of getting my Black Hawk College credits transferred to Augie was just exceptional because I was able to transfer everything,” she said.

There, Martinez majored in public health and minored in Latin-American studies, graduating in May 2020.

Martinez started working as an immigration specialist at World Relief Quad Cities in Moline the week after commencement.

She enjoys the job because she loves welcoming newcomers and being able to help people. Her favorite part of her job is working with clients.

“I will be doing that as long as I can, I love that job,” she said.

Martinez recommends Black Hawk College to those who are preparing to start their higher educational journeys.

She encourages students to join activities and to not be afraid to reach out to instructors and advisors whenever they need help.

“It is a place that is welcoming,” she said.