Final beam in place for addition at QC Campus 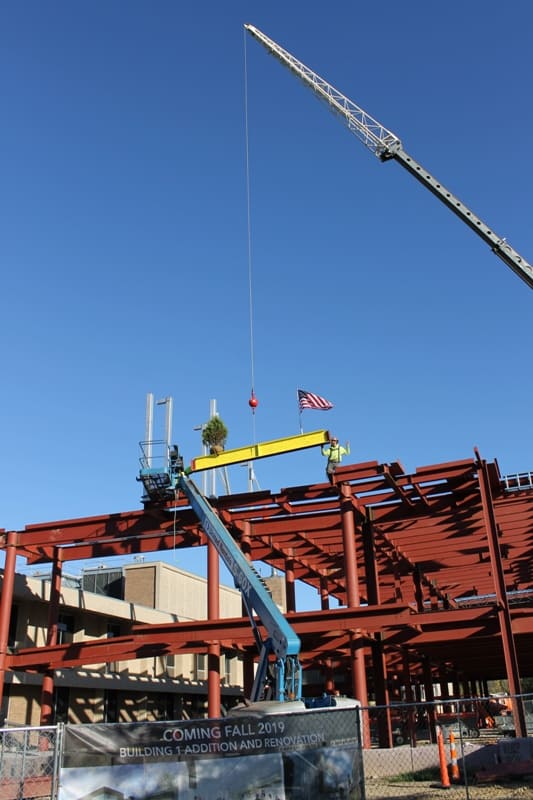 The final steel beam in the Building 1 addition at the Quad-Cities Campus is in place.

Students, employees and community members signed the yellow beam before it was erected Oct. 17.  The beam is 27 feet above the ground and will be part of a service stairwell in the new addition.

The beam was raised with an American flag and an evergreen tree atop it. The evergreen tree indicates that all iron went up without a loss of life and is certain to bring good luck for the building’s future occupants.  The flag signifies patriotism and the American dream.

The two-story addition will be approximately 20,000 square feet and feature an open courtyard between it and the existing building.

The photo below shows the signatures on one side of the beam. Check out our Facebook page to see the time-lapse video of the beam being erected.