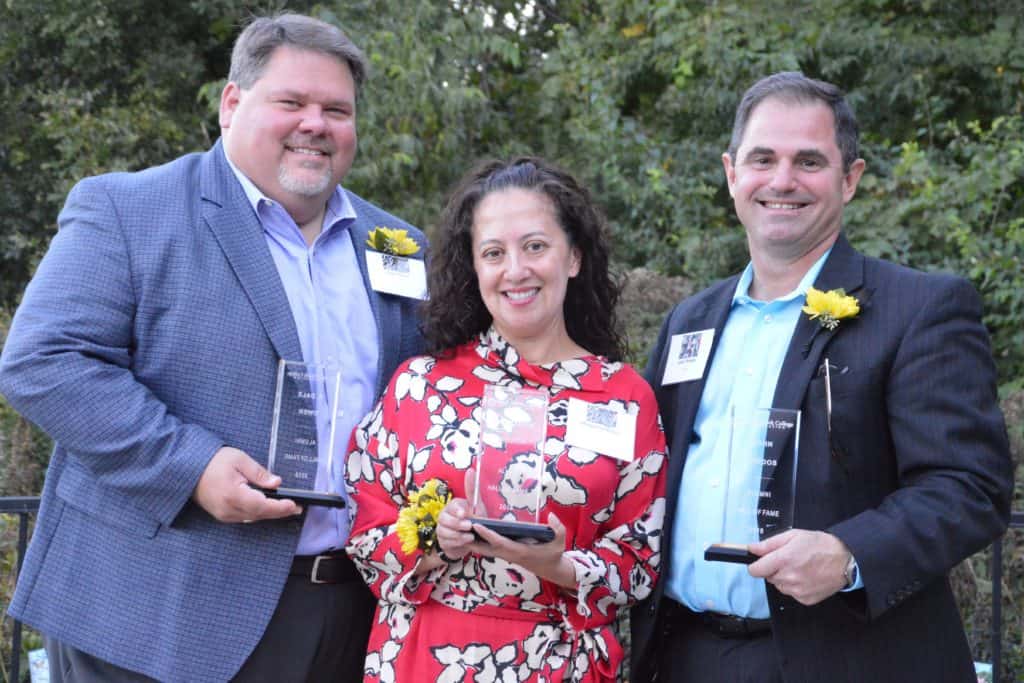 At a Sept. 23 ceremony, three outstanding Black Hawk College Quad-Cities Campus alumni were inducted into the 2018 Alumni Hall of Fame.

The QC Foundation received $2,070 in gifts in honor of Mojica, Owen and Thodos. The donations went to the Quad-Cities Campus Alumni Scholarship.

Margarita Mojica – Educator with the East Moline School District and coordinator/founder of One By One, an educational program at Glenview Middle School that helps children who want to be the first in their families to go to college. Graduated with an Associate in Arts in 1991. First in her family to graduate from college. Earned a bachelor’s degree and master’s degree from Western Illinois University.

R. Dale Owen – President & CEO of Ascentra Credit Union in Bettendorf since 2013. Chief lending officer from 2000-13. Instrumental in securing a grant for the Black Hawk College QC Foundation to establish a student emergency fund. Graduated with Associate in Applied Science in banking and finance in 1992. Earned a bachelor’s degree from Augustana College and a master’s degree from Drake University.

John Thodos – Mayor of East Moline from 2005-17. East Moline alderman from 1995-2003. U.S. Army Reserve Ambassador for Illinois, overseeing scholarship program for Army Reserve students in Illinois. Member of the Black Hawk College QC Foundation’s Board of Directors and chair of its Governance Committee. Graduated with an Associate in Arts in 1983. Earned a bachelor’s degree from St. Ambrose University.