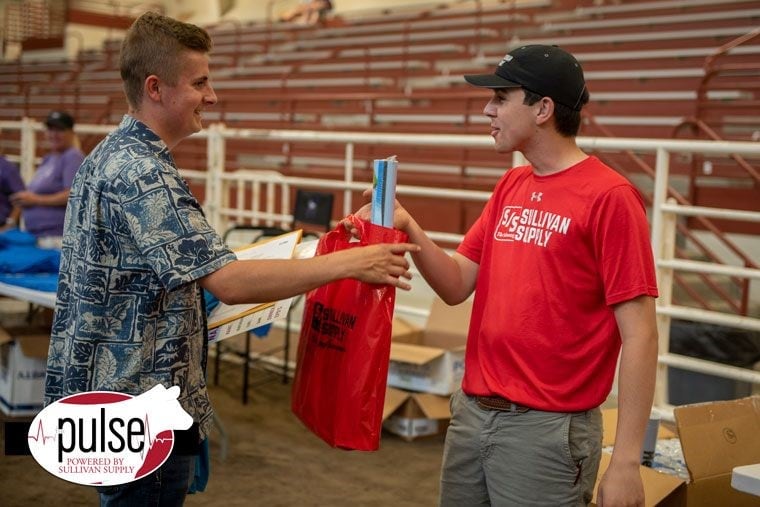 He is traveling the country as an intern for Stock Show University, which holds free educational livestock clinics.

Slabaugh, of Goshen, Indiana, graduated with his Associate in Science – Ag Transfer degree in May.

He is transferring to Kansas State University this fall to major in animal science, and will continue with livestock judging.

“After school my hopes are to find a career in animal agriculture that will give me the flexibility to still be involved with my family’s cattle operation,” he said.

Harrison said “Justin’s background and go-getter personality make him a great fit for our fast-paced team.”

Sullivan Supply, a livestock show supplies company with its headquarters in Dunlap, Iowa and offices in Hillsboro, Texas and Lodi, California, offers SSU.

He is excited that this internship is allowing him to give back and educate the future leaders of livestock industry. 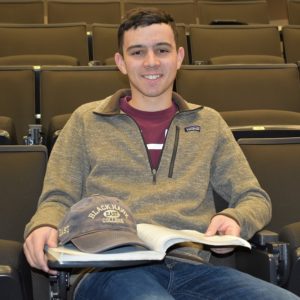 Slabaugh knew he wanted to attend a community college where he could judge livestock. He ultimately selected BHC East Campus because of the strong agriculture program.

“After visiting a few different colleges, I realized quickly that the East Campus has great academics, top notch faculty and a family environment unlike anywhere else in the country,” he said.

Slabaugh knows he made the right choice. He loved the smaller class sizes that allowed for plenty of one-on-one interaction with instructors and other students.

“Sometimes there is a negative connotation that goes along with attending a junior college, but I wouldn’t trade my two years at Black Hawk College for anything,” he said. “My time here has been a great transition from high school to college, and because of that I know that I will be prepared to succeed academically on the next level.”

Slabaugh stayed busy both in and outside of the classroom during his two years at Black Hawk College.

“I love the network of new connections and friends that I was able to make at Black Hawk College,” he said. “There are so many extracurricular activities to get involved with on campus.”

In his sophomore year, he served as president of both the Agribusiness Club and the Student Government Association. He was also vice president of Student Ambassadors and a member of the Livestock Judging team.

His favorite class was animal science with Dan Hoge during his freshman year. He said the lectures were extremely interesting, and the labs were really interactive and a one-of-a-kind experience.

“The education that I have received at Black Hawk College has really been second next to none,” he said. “The classes are challenging, but in a good way. The faculty wants to push you to become the best student you can be.”