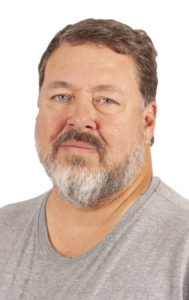 On March 30, 2007, Black Hawk College tabbed Darren Bizarri to lead its basketball program as head men’s basketball coach. After a very successful inaugural season — which concluded with a 20-12 overall record, 9-3 conference record (second place) and a Region IV runner-up — the Braves upped the ante in 2008-09, posting a 23-8 record. Those two seasons marked a milestone in Black Hawk College basketball history with the Braves posting back-to-back 20-win seasons. The 2009-10 season marked another milestone for the Braves as their 19-13 record meant it was the first time the Black Hawk program had posted three consecutive winning seasons; with a record of 18-15, the 2010-11 season made it four consecutive winning seasons. Coach Bizarri notched his 150th win on Nov. 1, 2016.

“Over the years, we have established how I like to have teams play, which is to get up and down the floor and put pressure on teams both offensively and defensively,” he said. “We know it’s important to be versatile and that construct our roster through recruiting to be able to play different styles.”

Throughout the seasons, one of the hallmarks of a Bizarri-coached team is team balance and sharing the success offensively.

“When we are really effective offensively, it’s because we are balance,” Bizarri said. “Teams can take away one high scorer. It’s much more difficult to stop a team where everyone is a threat and understand that the more we work together offensively and are unselfish, the more everyone succeeds.”

For six seasons before committing to lead the Braves, Bizarri served as the sophomore basketball coach at Western Big Six power Moline High School, compiling a 101-34 record on the sophomore level and assisting the varsity in winning four conference titles and two trips to the state finals.

“I just love coaching kids and watching them improve,” Bizarri said. “High school, college, AAU — the game doesn’t change and the same principles allow you to succeed at any level.”

As a player, Bizarri was a point guard for the Braves for two seasons (1987-88 and 1988-89), serving as team captain and leading the team in assists his sophomore season. He played high school basketball at Rockridge High School, earning All-Conference and All-Area honors as a senior. 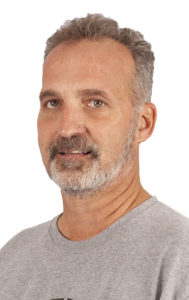