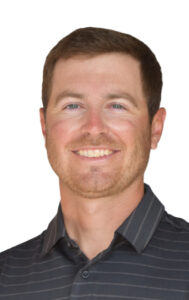 Keim has five years of NCAA Division II coaching experience and served as the recruiting coordinator at his two previous institutions.

Prior to taking over the Brave’s program, Keim spent one season at Saint Leo University in Saint Leo, FL, as the head assistant coach and program recruiting coordinator. Unfortunately, the 2020 season was cut short by the COVID-19 pandemic, but Keim helped guide the Lions to seven wins prior to cancellation. Keim’s responsibilities also included infield and hitting.

Keim spent four years at the Division II powerhouse Quincy University (IL). He served in multiple roles for the Hawks, most notably head assistant and recruiting coordinator. Keim helped guide the Hawks to a 149-79 record, and the Hawks achieved a Top-10 national ranking all four years. From 2016-19, the Hawks advanced to four straight NCAA tournaments. Under Keim’s leadership the team won the 2017 Midwest Regional Championship, advancing to the College World Series for the first time in program history, the 2017 Great Lakes Valley Conference Championship, and the 2018 Great Lakes Valley Conference Championship.

In the off season, Keim spent two summers as the field manager of the Rockford Rivets (IL), a summer collegiate team competing in the top notch Northwoods League. The Rivets 2020 roster ranked fifth among all collegiate summer league teams. Keim guided the Rivets to their second-most wins in franchise history with 33 in 2019. Prior to being elevated, Keim was the Rivets hitting coach in 2016.

Keim has coached 11 MLB Draft picks, 14 players who have gone on to sign professional contracts, 30 All-Conference players and four All-Americans.

At Black Hawk College, Keim filled dual roles, playing infield and pitching for the Braves from 2011-12 under Arnie Chavera, current BHC director of athletics. Keim helped the Braves to the winningest seasons the program had seen with records of 44-9 in 2011 and 45-10 in 2012. The Braves were ranked Top 5 in the country both seasons, won two Arrowhead Athletic Conference Championships and two sectional championships, and appeared in back-to-back NJCAA Region IV tournaments.

Keim went on to play at Illinois State University. After one year at Illinois State, he played two years at Saint Joseph’s College (IN), finishing with more than 100 hits in two seasons while earning First Team All-GLVC as an infielder.

A Quad-Cities native, Keim graduated from Rock Island High School and earned an associate degree at Black Hawk College. He completed a bachelor’s degree in sport management at Saint Joseph’s College and a master’s degree in leadership education at Quincy University.

In addition to his coaching career, Keim served as an adjunct professor of education for Saint Leo University. 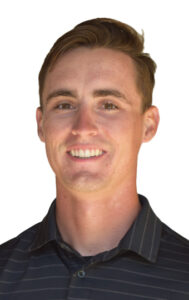 Adam Carey is the head assistant and pitching coach for the Braves. He joined the BHC baseball staff in August 2020 as the first hire for the Braves’ new head coach, Josh Keim.

Carey spent the 2019-20 school year as the second assistant and pitching coach at Central College in his hometown of Pella, IA.

He worked under Keim as the pitching coach during the 2019 and 2020 summer collegiate seasons for the Rockford Rivets (IL) in the Northwoods League. While on Keim’s coaching staff, Carey had five pitchers he worked with sign professional contracts.

Before embarking on his coaching career, Carey spent five years at Central College where he played baseball. As a pitcher and two-time captain on the baseball team, he earned a role in the starting rotation for two seasons.

Carey graduated from Central College in 2019 with a bachelor’s degree in elementary education with endorsements in special education and reading.