75 years of excellence in education

Black Hawk College proudly celebrates our past and our future. What started as Moline Community College in 1946 is now a college with two campuses and six satellite locations. Much has changed over the last 75 years, but one constant has been the dedication of BHC faculty and staff to deliver high-quality instruction and a great student experience.

To help support students for the next 75 years, BHC employees have started the Forever Scholarship. To donate, contact the Quad-Cities Foundation or East Foundation.

Join us at the 75th Anniversary Celebration where the 1971 time capsule will be opened and a new one dedicated. The event will be Tuesday, Oct. 19, 2021 at the Quad-Cities Campus.

In the 1940s, an entire country had turned its attention to a war half a world away. Young American GIs shipped out to Europe and the Pacific. Parents, brothers, sisters, wives and girlfriends said goodbye, not knowing if this was the last time they would see their loved ones. Each tear shed carried with it fear and hope. 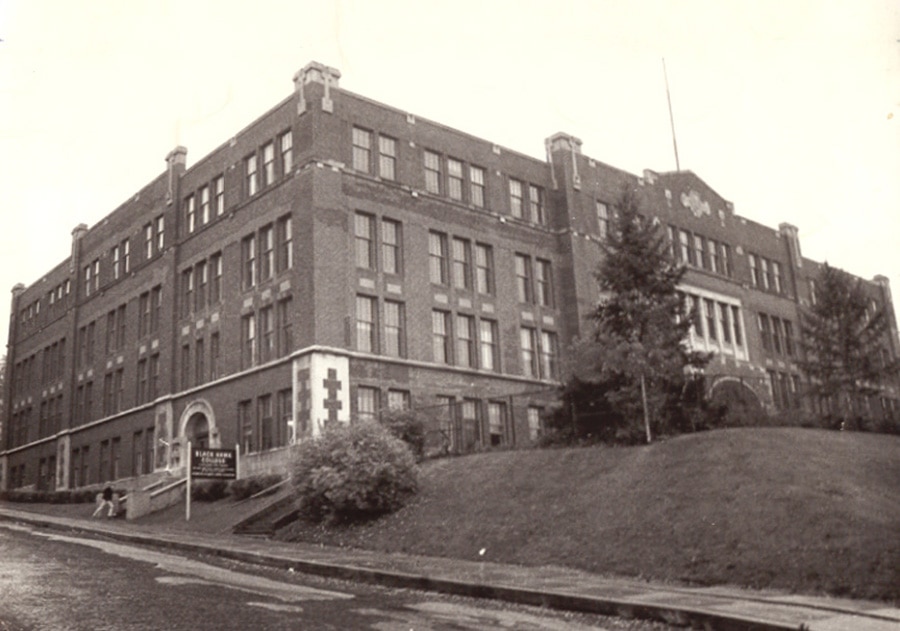 The war was eventually won and soon thousands of soldiers would be coming home. Quad-City community leaders realized the GIs would need training and education to move from soldier to productive citizen. In 1946, Moline Community College was founded to provide education and training to World War II veterans. The college was organized into three divisions – Moline Cooperative Extension of the University of Illinois, Terminal Course Division to provide career training, and Adult Education Division geared toward personal enrichment. The nation recovered from the war years, and the Quad Cities enjoyed prosperity and growth during the 1940s and 1950s. As households became more prosperous, higher education and career training became possible for more people.

Moline Community College became Black Hawk College in 1961, and it was the first county-wide junior college in Illinois. The college became part of the Illinois state system of higher education in 1965 with the passage of the Illinois Public Junior College Act. With this membership came the Black Hawk College commitment to continue its mission of service to transfer, career and Adult Education opportunities.

As the decade of the 1960s grew older, turbulent times spread across the nation. The war in Vietnam grew unpopular, and many college campuses were sites of protests and violence. Despite national turmoil, Black Hawk College continued to grow, and the citizens recognized that it was an important part of the western Illinois community. Expansion to Kewanee, Illinois, occurred in 1967 when classes were offered at the Kewanee National Guard Armory and the Kewanee High School. Demand exceeded expectations and plans for a campus near Kewanee were developed. Black Hawk College East Campus was opened in 1971 at its present site five miles south of Kewanee. 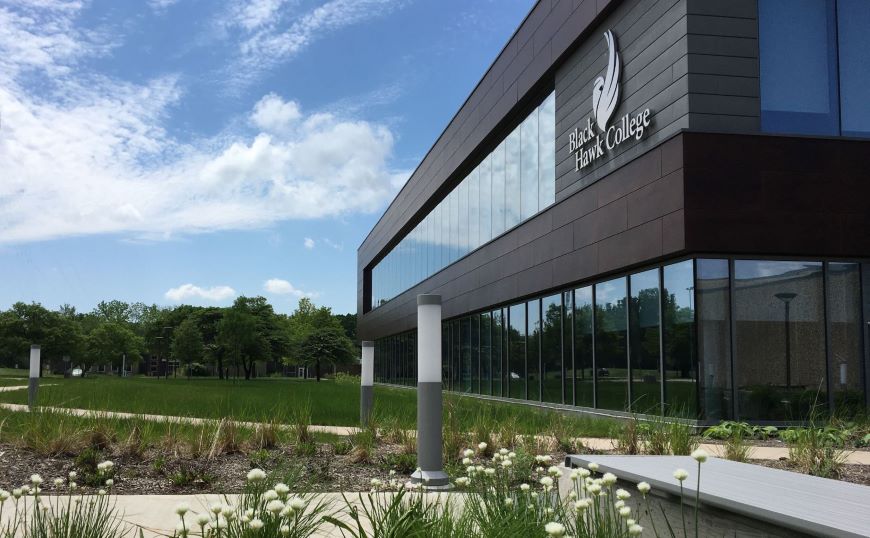 The two campuses – Quad-Cities in Moline and East near Kewanee – operated separately from 1971-89. The college petitioned the North Central Association to unify the campuses in 1986, and the Illinois Community College Board approved the request for the college to become one college with two campuses in 1989.

Today, Black Hawk College serves Illinois Community College District 503, an area that includes all or part of nine counties in western Illinois from the Quad Cities east to Kewanee and south to Wyoming. The college serves nearly 20,000 transfer, career and Adult Education students each year. It is difficult to find a citizen of District 503 whose life has not benefited from Black Hawk College.