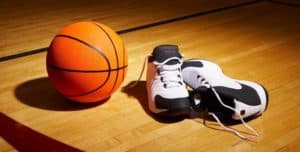 Both Black Hawk College basketball teams won more than 65% of their games for the 2021-22 season and several players earned regional honors.

The Braves finished their regular seasons at the top of the Arrowhead Conference with both teams going on to defeat Moraine Valley in Region IV semifinal games.

And while their seasons ended with losses in their respective Region IV tournaments, coaches for both teams say they are proud of their student-athletes’ accomplishments, commitment, character and growth.

“Coming off a canceled season, we did not know what to expect,” said fourth-year women’s head coach Logan Frye. “The toughness both mentally and physically that this group displayed is why we got as far as we did.”

“All in all, I feel it was a successful year,” said first-year men’s head coach Kannon Burrage. “Lots of lessons were learned, and we definitely hope to use those lessons and experiences for the future of the program.”

What’s ahead for next season?

“I know we surprised many of our opponents and hope to have set the foundation for the future of the program,” Burrage said. “Next year we are looking to continue to develop young men and give the Quad Cities a basketball program they can be proud of!”

“We are going to miss our sophomores as they left their mark on our program in a big way in only one official season,” Frye said. “We have a great group of freshmen returning for next season that is going to keep our program competing at a high-level next season.”