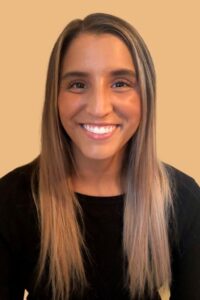 Tarah Rayos is returning to the Quad Cities next month to become the head softball coach and community recreation coordinator at Black Hawk College.

“I am very excited to give Tarah the opportunity to lead our softball program,” said Arnie Chavera, BHC athletic director.

“She is focused on building a strong culture and atmosphere while understanding the importance of the student-athlete experience,” he said.

That experience means not only aiming for success on the field but in the classroom.

“Academics is what really gets student-athletes to that next level,” Rayos said.

“Balancing academics and athletics can be difficult, but I know that each student-athlete develops differently, and we will make sure they have the tools to succeed,” she said.

“As a former junior college player, she understands the challenges and also the benefits of two-year college athletics,” Chavera said.

After graduating from West Chicago (IL) Community High School in 2012, Rayos played softball for two suburban Chicago schools – first Elgin Community College in Elgin then Waubonsee Community College in Sugar Grove. At both schools she was named to the Illinois Skyway Collegiate Conference (ISCC) 1st Team All-Conference, among other awards.

Rayos transferred to St. Ambrose in 2014 where she was a starting pitcher and second baseman during the 2015 and 2016 seasons. After earning her bachelor’s degree, she stayed at SAU to pursue a master’s degree and work with the SAU softball program as a graduate assistant coach.

From being at St. Ambrose, “I have seen the success that the BHC program has had in the past,” Rayos said.

“I know that with the local talent in the area and the resources we have to recruit quality student-athletes outside of the Quad Cities, we can continue to be a competitive program,” she said.