Jerry Jett hit an all-time low in his early 50s: he was homeless during a brutal Midwest winter. 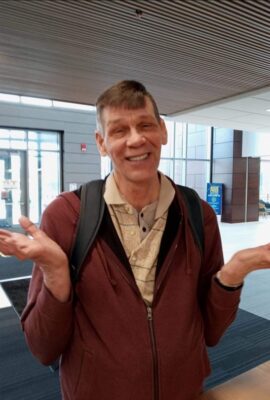 The extreme weather without adequate shelter resulted in frostbite, and most of his toes needed to be amputated.

He doesn’t remember much from his time in the hospital, but he does remember how his life changed afterward.

Jett lived in safe housing where struggling to stay warm was no longer a concern, and he completed 19 months of rehabilitation to learn how to walk again.

He also became sober. He had used alcohol to help cope, but realized he needed to make changes.

At age 53, Jett made another life change in 2017 when he enrolled at Black Hawk College.

When the East Moline resident looks back on what he has faced, Jett is proud of where he is today.

“I have been through quite a bit,” he said.

Jett’s life was unstable as a child. He moved from foster home to foster home, and ran away sometimes.

Because of that instability, Jett didn’t graduate from high school, but he did earn his GED®.

Now, he considers himself a bookworm, and he likes to work ahead in his courses. 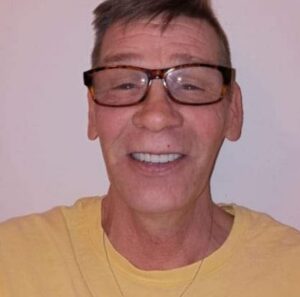 In May 2021, Jett earned his Associate in Arts at Black Hawk College and is continuing his studies at Western Illinois University Quad-Cities Campus.

He enjoys getting to know people and making them laugh. Interacting with others was one of Jett’s favorite parts about Black Hawk.

“Black Hawk College was a place of belonging for me,” he said.

Church is another place Jett feels that sense of belonging.

Bible study is the highlight of his week, and he credits his faith for giving him the strength to remain sober.

Eventually, Jett wants to be a social worker.

Because of the trauma in his past, he wants to help others experiencing hardships.

“I’ve worked with many students over the years and what I’ve learned is that students can overcome any challenge as long as they have grit,” she said. “Grit and Jerry are now synonymous in my mind.”