Dr. Crystal Strode’s job brings her to tears regularly, but in the best way.

The moment when a patient who came in with chronic pain feels relief is always emotional. 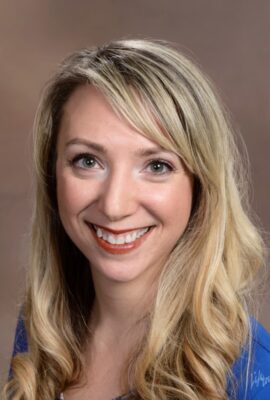 “It brings people to tears, it brings me to tears,” she said.

Dr. Strode is a chiropractor and a Black Hawk College East Campus alumna.

She opened the practice in 2019 and is now building a new facility because of the business’s growth.

The expansion will allow her to take on more patients and add additional services.

Other providers joining Dr. Strode include a physical therapist, a mental health counselor and an esthetician.

Dr. Strode plans on Vibrant Health adding even more services in the future.

The path to Black Hawk

When she graduated from Canton High School, she didn’t immediately know what she wanted to do for her future.

Dr. Strode became a certified nursing assistant to see if nursing might be a path she wanted to take and to make more than minimum wage.

Ultimately, she decided not to pursue nursing, but working long hours as a CNA allowed her to support herself and save money.

At age 20, Dr. Strode started taking classes at the Black Hawk College East Campus. She continued working as a CNA full-time while earning her associate degree.

She picked Black Hawk because she was being familiar with the college, her mom was an alumna, and it was affordable.

“I saved quite a bit of money by going to Black Hawk,” she said.

Dr. Strode also liked that the size of campus wasn’t overwhelming and that she was able to spend time with friends between classes.

One of Dr. Strode’s favorite moments at Black Hawk was volunteering at a science fair for high schoolers and giving the students a tour of the college. 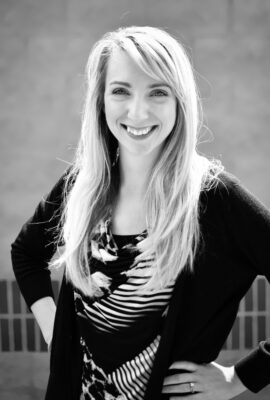 Her favorite instructors were Dr. Alan Abbott, chemistry professor, and Katie Rushing-Anderson, associate professor of biology. She said they were both great to learn from.

Dr. Strode’s advice for prospective Black Hawk College students is to consider the benefits of attending a community college.

“If you know that you want to go to school for something but you’re not quite sure what that is, I feel like Black Hawk is a great option,” she said.

She noted that four-year colleges cost more money, so you can save money while completing general education requirements and finding out more about what you are interested in.

It’s exactly what she did. She knew she wanted to do something medical, so she focused on science classes while at Black Hawk.

She decided to transfer St. Ambrose University, where she earned her bachelor’s degree.

“Everything went super smoothly,” Dr. Stode said. “Everything transferred over.”

When she got to SAU, she was able to skip general education classes and take higher-level courses for her major. She also continued to work full-time as a CNA.

Initially when Dr. Strode transferred to SAU, she was thinking of becoming a physical therapist, but she gradually started looking to chiropractic care instead.

After earning her Bachelor of Science in behavioral neuroscience in 2013, she went on to Palmer College of Chiropractic.

She graduated from Palmer in 2017 and began working at the chiropractic clinic in Kewanee where she had interned during college.

However, her dream was to run a practice of her own, so she opened Vibrant in Cambridge in February 2019.

She rents space from a friend with a massage therapy business.

Dr. Strode quickly had a full schedule, and even with the COVID-19 pandemic causing some interruptions, she realized Vibrant needed to expand in 2020.

She broke ground on her new facility in March, which will grow Vibrant from a space that is about 150 feet to an almost 2,600-square-foot building.

The goal is to open Vibrant’s new building in July 2021. She’s looking forward to it and continues to care for patients in her smaller space until then.