Chad Pregracke’s good work has made him a household name in the Quad Cities and beyond.

The founder of Living Lands & Waters’ recognitions even include the Jefferson Award for Public Service, America’s top honor for public service.

Before earning awards by the dozen, Pregracke earned something closer to home: his Associate in Arts at Black Hawk College.

The 2001 graduate grew up in East Moline in a house along the Mississippi River and spent his free time enjoying the river. 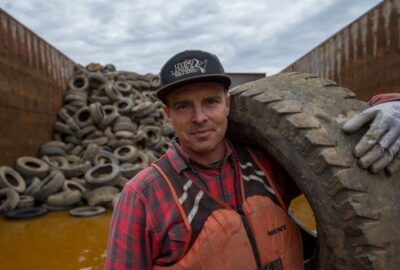 “It did shape my childhood, and my career, and my life,” Pregracke said. “Honestly at the time I didn’t realize how lucky I was.”

His love for the river led to the creation of Living Lands & Waters, a nonprofit dedicated to helping protect, preserve and restore the natural environment of the U.S.’s major rivers and watersheds.

Living Lands & Waters is known for river cleanups where the crew and volunteers remove garbage by the ton, for planting native trees, and for its educational efforts.

This spring, Pregracke made headlines when he announced his hopes of repurposing the existing I-80 bridge and acreage around it into a National Park called Bison Bridge when a new bridge is constructed.

The new Bison Bridge Foundation is building a grassroots movement for the cause.

The vision for the park is a small herd of wild bison and restored prairie grazing land for them. Visitors would be able to see them up close, thanks to a pedestrian lane with safety measures in place.

Pregracke said he loves his job, especially working with people and seeing the impact Living Lands & Waters makes. He noted that his work is a lot like education.

He selected Black Hawk for many reasons, including the affordable price and it being close to home.

When taking his last classes at Black Hawk, Pregracke did independent studies, which meant he could complete his work on the water instead of on land.

“It wasn’t easy, because I was living in a small boat that I had pulled up from the bottom of the river,” he said. 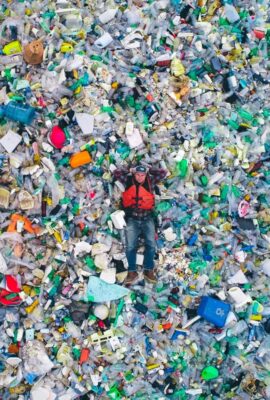 The close quarters with his crew meant wearing noise-cancelling headphones as he studied and wrote papers. When someone stepped on or off the houseboat, it rocked.

Since Pregracke was working on a 300-mile stretch of the Mississippi, the logistics also were tricky. No internet meant physically mailing assignments back and forth.

His graded papers were sent to his parents’ home. Then his parents sent the papers to the post office closest to where he was working at the time so he could pick them up.

While at Black Hawk, Pregracke said he enjoyed great instructors, his classes and the beautiful campus during his in-person semesters at the Quad-Cities Campus.

He really enjoyed his speech class and said the class made an impact on his career. He regularly presents to large groups.

“Little did I know how helpful that would be,” Pregracke said.

His advice for prospective students is to earn a degree because having one will help out in a big way in life. And Black Hawk College is a great place to earn one.

“There’s every reason in the world to go and expand your mind,” Pregracke said.