That is how Dillon Sheiss describes attending Black Hawk College and being the college’s new student trustee. 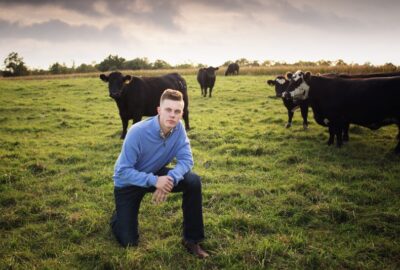 BHC students elected Sheiss – who is pursuing an Associate in Science-Ag Transfer degree focusing on animal science – to serve as student trustee for 2021-22.

The position alternates between the two campuses each year. The student trustee is a non-voting member who serves alongside the seven elected members of the Board of Trustees, the college’s governing body.

Sheiss began studying at the East Campus in 2020 and will start his sophomore year in Fall 2021. While he currently lives in Kewanee, he grew up on his family’s farm in Larwill, IN, and graduated from Columbia City (IN) High School.

He knew he wanted to be part of the Black Hawk College Livestock Judging Team coached by Dr. Blake Bloomberg.

“I committed to come here before I visited,” Sheiss said.

He’s happy with the decision he made.

Sheiss said junior colleges are great opportunities in general, and Black Hawk specifically is affordable with small class sizes and many transfer options.

“The opportunities that Black Hawk gives you transfer-wise I think are unmatched,” he said.

At the East Campus, he has enjoyed livestock judging and his classes, especially in-person labs.

Sheiss said both instructors are passionate about the subjects they teach and make their classes interesting.

Looking to the future

After graduating from Black Hawk College, Sheiss plans to transfer to a four-year university, but he hasn’t picked which one yet. 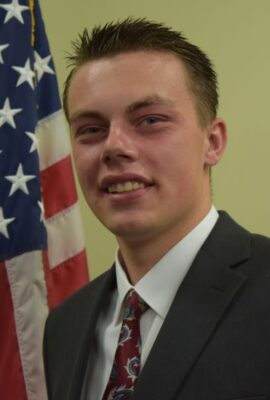 One of his professional goals is coaching a college livestock judging team.

He also plans to work on his family’s farm, but he is open to other career opportunities as well.

Farming and showing livestock have been parts of his life for as long as he remember, and he describes livestock judging as his passion.

“We’ve farmed since before I was born,” he said. “I think I showed my first pig when I was like three.”

Just a few years later, he showed a cow for the first time. He continued to show livestock throughout childhood, participating in 4-H.

Now he is enjoying livestock judging at Black Hawk College. He said it is very rewarding and fun, and he likes meeting students from all over.

Sheiss also hopes to make more connections with other students through his role as student trustee.

He became intrigued about serving as a trustee because people from home who were familiar with Black Hawk told him it was a great experience.

“I got to learn a little more about it and saw that value was in it,” Sheiss said.

Through the position, he is looking forward to meeting new people and representing the student body on the board.

He wants other students to always feel free to contact him.

Sheiss would like to hear about their experiences and thoughts to be able to share a variety of student perspectives with the board.

“I would just appreciate as much input as possible from others,” he said.