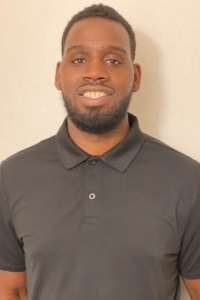 An award-winning high school, college and pro player, Burrage will take over the BHC program in May. He is replacing longtime Braves head coach Darren Bizarri who moved out of the area.

“I am humbled and honored to be given the opportunity to lead this program,” Burrage said.

“My goal from Day 1 will be to recruit, coach and develop champions on the court and in the classroom while giving our community a basketball program that they can be proud of.”

BHC athletic director Arnie Chavera is excited to have a local athlete come back home to coach.

“Having just won a junior college national championship as an assistant coach, he knows the recipe for success now, so it’s a matter of acquiring the needed ingredients to build his own program,” Chavera said.

Burrage plans to set a gold standard for the program.

“I want to teach these kids to be professional in everything they do, from something as simple as showing up to class every day prepared to the more complex things later in life such as being a great father or husband,” he said.

An East Moline native, Burrage graduated from UTHS in 2009. He attended Des Moines Area Community College (DMACC) where he played two years for the Bears then transferred to the University of Texas-San Antonio (UTSA) where he played guard for the Division I school.

After graduating from UTSA with a bachelor’s degree in health and physical education/fitness, Burrage’s basketball career took him to three continents. He played professionally for five years in Australia, Singapore, Slovenia and Thailand.

In July 2018, he returned to DMACC as an assistant coach. This month, the Bears won the NJCAA Division II National Championship, the first championship in school history.

Working with young players and giving back to the community has been an integral part of Burrage’s life. He’s been a basketball camp instructor for high school players, an assistant basketball coach for a summer AAU program and a K-12 substitute teacher.

In 2015, he started United We Ball, a leadership organization/team with the goal of developing strategic plans to improve the Quad Cities through sports and community projects.

“It’s always been my personal philosophy that sport has the power to unite,” Burrage said.

“Sport is a powerful tool that can be used to knit societies and people together,” he said. “As we work towards achieving a global community of mutual respect and understanding, sport plays an integral part in the achievement of this goal.”