She didn’t thrive academically in high school and finances were limited. She planned to join the military, but her mom encouraged her to apply to Black Hawk College. 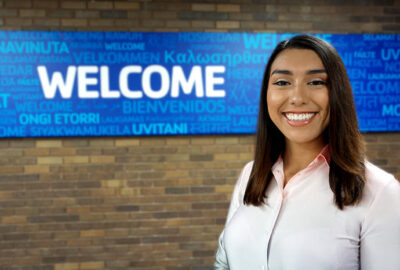 “The reason why we chose Black Hawk College was because it was very affordable,” Moran said.

Now, she has an Associate in Science from Black Hawk College and a Bachelor of Science from the University of Illinois.

She became Two Rivers YMCA’s director of youth achievement and community engagement after graduating with her bachelor’s degree in clinical psychology in 2018.

“I don’t think I would be where I am today if I didn’t go to Black Hawk College first,” Moran said.

When she enrolled at Black Hawk College, she saw it as a second chance and made two promises to herself.

Moran made use of the BHC student support resources available to her, including the Tutoring Center, computer lab, library and the Career Services Center.

“Black Hawk College really gave me an environment where I could succeed,” she said. 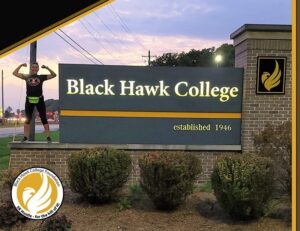 She turned things around for herself academically, going from having a low GPA in high school to becoming an honors student at Black Hawk.

“In high school I really wasn’t focused on my academics,” she said. “I just didn’t have confidence in myself and my future.”

Moran applied herself at Black Hawk, learning study skills that helped her succeed and seeking out assistance when she needed it.

Moran was a work-study student in the Welcome Center and was a member of Phi Theta Kappa honor society and the Association of Latin American Students (ALAS).

She was surprised to learn that Black Hawk had clubs like ALAS, and being a member made a big difference for her as a Latina student.

“That really helped me feel connected and feel like I belonged in higher education, because I saw peers that looked me, and had the same struggles, barriers and ambitions as me,” she said.

All of Moran’s BHC classes transferred to the University of Illinois, allowing her to meet her goal of graduating in four years.

Initially, she worried she might have to attend for another year because she was a transfer student or that she wouldn’t have the time to do everything she wanted to do. 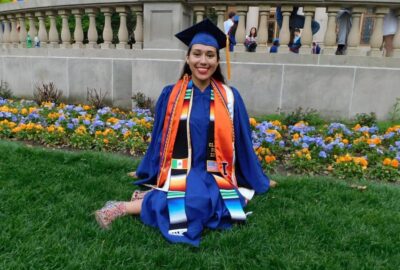 Those fears were unfounded. She joined student organizations, studied abroad in Greece where she helped at an organization assisting refugees, and still earned her bachelor’s degree in four years.

Between scholarships and work, Moran graduated from college debt-free. Whenever her peers find out, they want to know how she did it.

“I tell them I attended community college first, that saved me about $100,000, and then I applied for every scholarship I could find,” she said.

She hopes that prospective students won’t let perceived stigma keep them from attending a community college.

Moran noted that in addition to saving a lot of money, Black Hawk College students have access to many resources and can make important, lasting connections.

When the Two Rivers YMCA director of youth achievement and community engagement position opened up, Moran was intrigued.

Although she had worked for the YMCA as a youth counselor and had relevant experience through her college activities, she wasn’t sure if a recent grad would be considered. 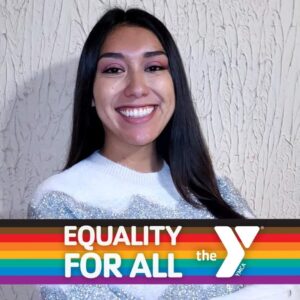 “Thankfully they gave me an interview and it has been great ever since,” she said.

She is also a presenter and trainer for the YMCA of the USA on various topics, including diversity and inclusion.

Moran relates to the students in the mentoring programs, noting that she knows what it is like to be part of an underserved population and to overcome challenges.

“To be able to be in a position where I can empower the next generation of change makers, it makes all the hard work worth it,” she said. “There’s no better job that I could ask for.”