Alumnus: BHC is a great place to find your path

Brandon Maeglin found the footing for his future at Black Hawk College.

The Moline High School graduate started at Black Hawk because he wasn’t sure what he wanted to study. 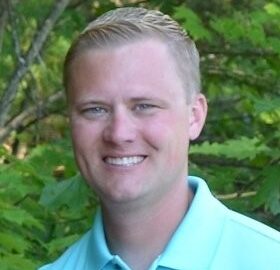 “It was well-known it was a good place to go for a cost-effective solution to get your gen eds and have them transfer once you became clearer on your career path,” Maeglin said.

He’s glad he made that decision. Maeglin credits Black Hawk College for really helping him develop his writing and public-speaking skills after high school.

He uses those communication skills daily as the City of Geneseo’s human resources director.

His tasks include employee and labor relations, recruitment and selection, compensation and benefits, and risk management-related duties.

While human resources tasks are the bulk of his duties, Maeglin also has some opportunities to work on community projects and city-sponsored events.

Outside of class, Maeglin kept busy with Phi Theta Kappa honor society and working. He served as the PTK vice president of service for a year.

His favorite BHC memories are planning and participating in American Cancer Society Relay for Life events on campus and attending the PTK International Convention in Dallas.

Maeglin also liked meeting and working with students of varying ages and backgrounds through PTK activities.

“That’s one of the neat things about Black Hawk,” he said.

Maeglin appreciated the college’s small class sizes and said it was easy to interact with the instructors.

While taking classes at the Quad-Cities Campus in Moline, Maeglin worked as a third-shift contract security/EMT officer at Alcoa (now Arconic) in Riverdale, Iowa.

Maeglin graduated from Black Hawk College in 2005 with an Associate in Science. He transferred to Illinois State University, where he majored in human resources management. 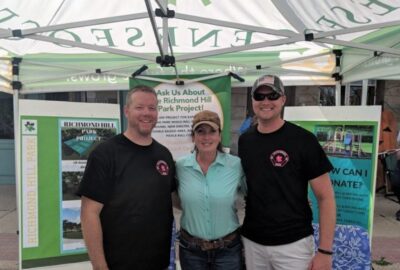 “The transition process was very simple for me. It was pretty seamless.”

During his senior year, Maeglin completed an HR internship at Alcoa as part of his major. He earned his bachelor’s degree in 2007.

After graduation, Maeglin worked in HR roles for a private security company in the Midwest for nine years.

In 2016, he moved back to the Quad-Cities and began working as the human resources director with the City of Geneseo. In June 2020, he was appointed acting city clerk.

For those just beginning their higher-education journey, he recommends considering Black Hawk College.

“BHC is a great place to explore your interests and complete general courses that will transfer to four-year schools, and you’ll save a lot of cash in the process,” Maeglin said.