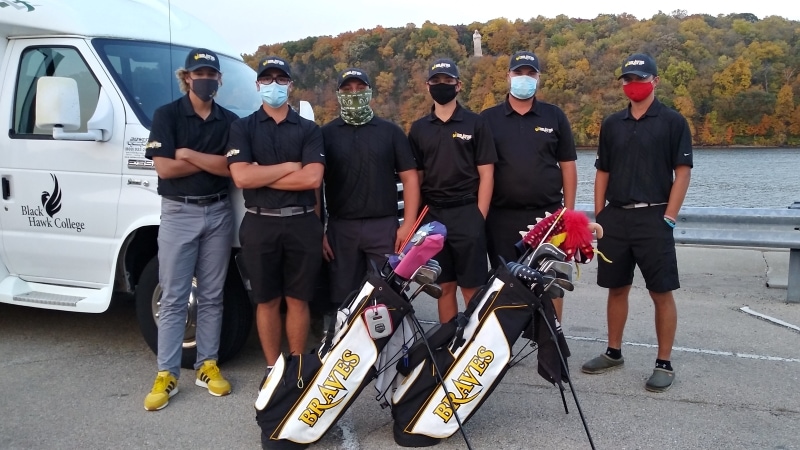 The Braves men’s golf team ended its Fall 2020 season with a 4th place finish at the Region IV Tournament.

While the team did not qualify for nationals, sophomore Peyton Perez came in 2nd overall and will be making the trip to the 2021 NJCAA Division II Men’s Golf Championship. 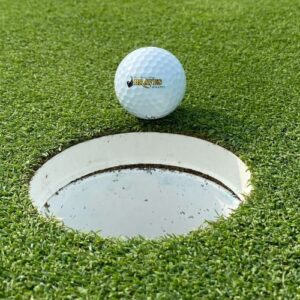 Heading into the regional competition, the Braves had won two of their six tournaments and came in 3rd in three tournaments.

The three-day Region IV Tournament was condensed into two days with golfers playing 27 holes each day instead of the normal 18 per day.

“The team was ready and prepared as much as possible,” said Butch Haverland, head golf coach.

But four days before regionals, sophomore Ethan Earl was sidelined with back and neck issues.

“Wyatt Moriarity stepped in for him and did well,” Haverland said. Earl supported his teammates by working as an assistant coach during the tournament.

The Braves came in 4th of 10 teams with a score of 986, only 16 strokes behind the 1st place team and 13 strokes shy of qualifying for nationals.

“The team played well the first two rounds and was close to the top of the leader board,” Haverland said.

“As the tournament went on, I could see the team was running on empty. The wind had kicked in, and the course was dry, hard and fast,” he said. 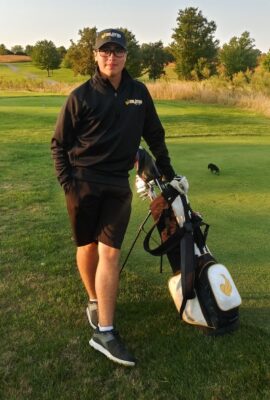 Perez played in the last group and finished in 2nd place with 232 strokes, sandwiched between 1st place at 229 and 3rd place at 233. He will compete May 18-21 in the 2021 NJCAA Division II Men’s Golf Championship in Plymouth, IN.

The Fall 2020 Black Hawk College golfers pictured above from left to right are:

Pictured on the green is national qualifier Peyton Perez.