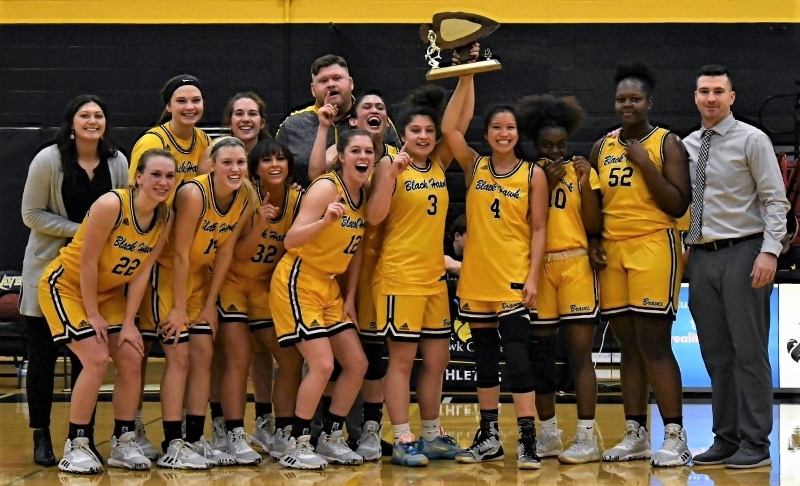 Congratulations to the BHC women’s basketball team for winning the Arrowhead Conference title!

The team is now 19-10 overall, 13-4 in Region IV and 7-1 in the Arrowhead Conference. It’s quite the turnaround from a year ago when the Braves ended their season 2-22.

“I’m extremely proud of this team and the success they have earned,” Frye said.

“With eight new kids, we knew it was going to be a bit of a challenge but our sophomores have led the way for us and our freshmen were able to grow up rather quick this season.”

Frye noted that the team faced some adversity early on, losing a couple of players from the roster and dealing with a handful of injuries.

“College basketball is a lot longer of season than what most of these kids are used to and it has had an impact on our kids mentally and physically,” he said.

“But this is a group that continues to battle and is as competitive of a group that I have been around. That makes them fun to be around every day.”

The title is not an end but a new beginning.

“A conference championship is great feat but there’s no doubt they will continue to hold that competitive edge and stay hungry for more in the postseason,” Frye said.

The Braves have one more regular-season game Thursday, Feb. 20 then move on to postseason play, most likely hosting the Region IV quarterfinals on Tuesday, Feb 25.