“Being crowned Miss Illinois was absolutely surreal,” she said. “I had never had an out-of-body experience until that moment.”

Beverly will compete in the Miss America pageant in Connecticut on Dec. 19, 2019, which will be broadcast on NBC. 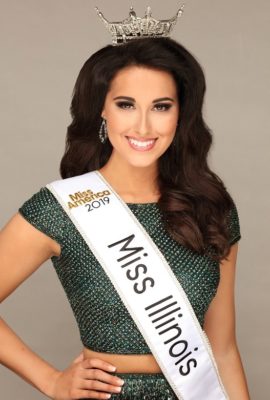 Beverly graduated from United Township High School in 2012, and attended Black Hawk College to earn her Associate in Arts degree as a Presidential Scholar.

“Being someone who would be funding her own way through college, money was a very important factor for me,” Beverly said. “This was a scholarship that I was incredibly grateful for and still am to this day.”

“It’s important to realize that we are so incredibly lucky to have the opportunity to have a higher education, especially one with a minimal student debt impact,” she said.

Beverly had two favorite professors: Zaiga Thorson and Galen Leonhardy. She described Thorson as very inspirational and said she helped her realize art needed to be part of her career. Beverly said she learned so much from Leonhardy during English and humanities classes.

During her time at Black Hawk College she became involved in pageants after hearing a local titleholder speak at an event. She realized pageants were an opportunity to perform on stage and earn scholarship money.

“I never imagined that it would become such an important part of my life and now career,” Beverly said. 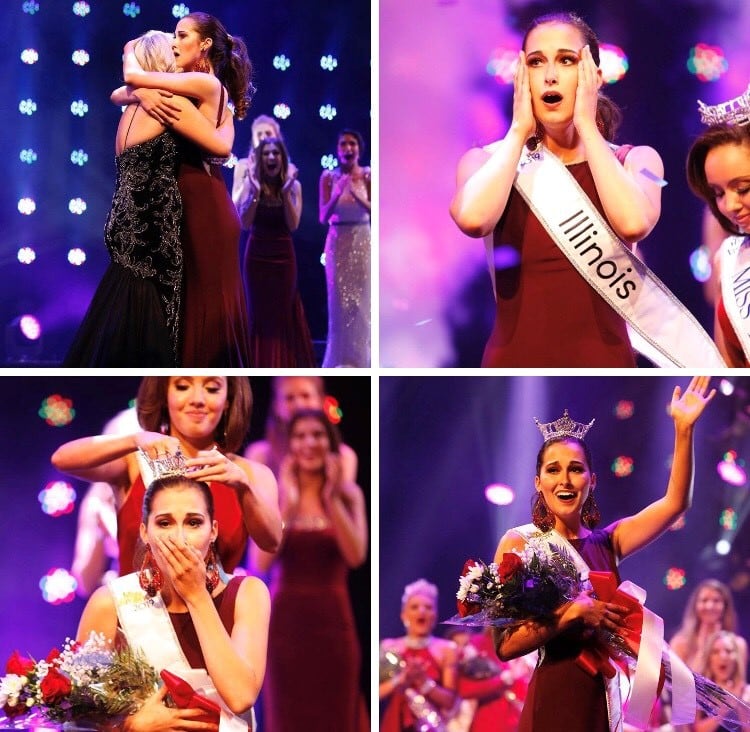 She did well in the pageant world and even competed for the Miss Illinois title in 2014 and 2015, making the Top 10 in 2015. She didn’t progress further and decided to take a break from pageants to focus on her studies and begin her career.

“Returning this year was definitely hard at first since I had been out of the game for so long, but I think it was my life experience gained in these past three years that put me over the top,” Beverly said.

While competing in pageants, Beverly enjoys working to become a better version of herself. She said she has learned how to focus on competing with herself rather than others.

“This is a valuable lesson that can be applied in all aspects of life, especially in a current society where we are always comparing ourselves to others,” Beverly said.

A love for arts education

Beverly transferred from Black Hawk College to Illinois State University. She majored in art teacher education with a focus in painting and ceramics. She graduated with her bachelor’s degree in December 2017.

Beverly taught art at Glenwood High School in Chatham, IL, during the last school year. She said it was a great first year teaching experience, and she will substitute teach there this year.

“I love helping others and seeing them grow. Seeing the ‘aha!’ moment is my favorite,” she said. “I love art because of the endless possibilities of expression, creativity and interpretation.”

Beverly’s social impact initiative focuses on advocating for the arts in education. She has always been involved in the arts, and wants all students to be able to experience them.

“They helped shape who I am today, and I want every student across the state and country to have access to the arts,” she said.

In addition to advocating for arts education, Beverly will also spend her time as Miss Illinois making appearances at events, visiting Children’s Miracle Network Hospitals, and speaking at schools.

After her year as Miss Illinois, Beverly plans to pursue a master’s degree in administration. She would love to eventually open her own school.