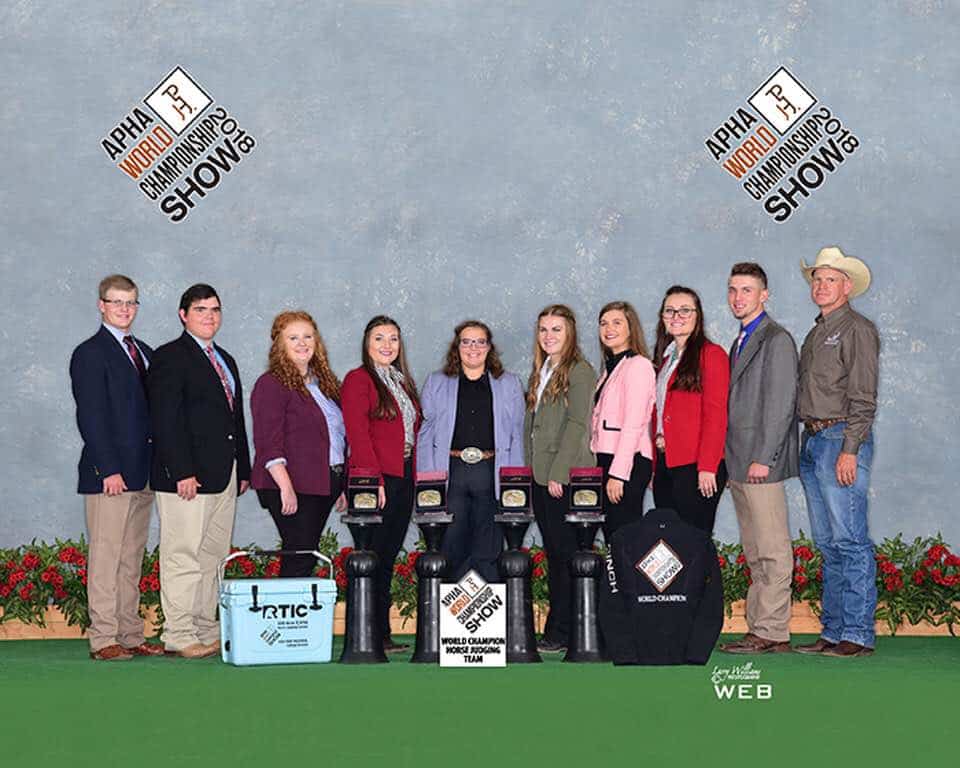 This was the second year in a row that a Black Hawk College team has won the contest.

The Sept. 20 event was the first fall contest for the BHC Horse Judging Team. The team competed against more than 20 teams from two-year and four-year schools.

Awards are presented to the Top 10 individuals and Top 5 teams in the college division and in each category (halter, performance, reasons and overall).

The Top 5 teams were:

In the individual competition, BHC’s Aubrey Bennett of North Liberty, IN, placed first overall and Cali Pontnack of Winchester, IL, placed second in the halter category.

The BHC team members are:

The team is coached by Aaron Callahan.

Read more in this story from the American Paint Horse Association (www.apha.com).