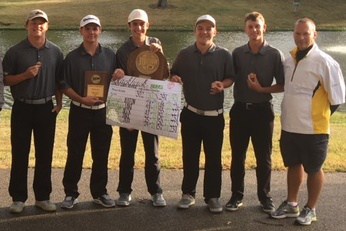 The BHC team score was 901 with the second place team scoring 957.

The 56-stroke win and the 901 three-day score were Region IV tournament records. The previous record was a 52-stroke win, a record set by the 2013 Black Hawk College team.

“The 2017 golf team was the best all-around team I have every coached in my career in any sport,” said Gary Huber, head coach.

“They were not only the best players, but the best group of individuals on and off the golf course,” he said. “I’m proud of each and every one of them and their success on the golf course this past season.” 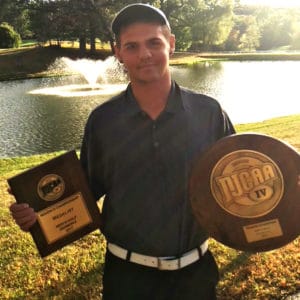 All five BHC golfers placed in the top 15 and will compete May 18-24 at the 2018 NJCAA Division II Men’s Golf Championship in Foley, AL.

Last fall, BHC golfers set a 907 three-day record score at the tournament. Beck, Jump and Koenig were members of that team.

The team is coached by Gary Huber with assistant coaches Mark Grchan and Wes Llewellyn.