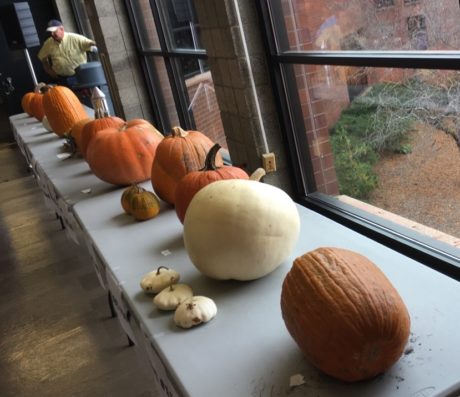 Perhaps the most expensive pumpkins in the country were auctioned off Oct. 19 at the Black Hawk College East Campus.

This year’s Stampede Auction of Champion Pumpkins raised a record $6,400 for the Kewanee Area United Way. Students, faculty, staff, friends and community members form syndicates to pool their funds to purchase a pumpkin.

The high bid for an individual pumpkin this year – and a record for any year – was $1,800 from the 2016-17 Livestock Judging Team and Friends. The syndicate included former BHC agribusiness instructor Jared Boyert.

“Wow. I just don’t know what to say about the generosity of our students and their families,” said Dan Hoge, longtime BHC agriculture professor.

This was the 14th Annual Stampede Auction of Champion Pumpkins. As in past years, members of the BHC Sophomore Livestock Judging Team demonstrated their mastery of pumpkin pedigrees by talking each pumpkin prior to bidding.

BHC alum and auctioneer Bill LeSage had the audience laughing as they opened their hearts and their pocketbooks.

The unique fundraising event started when a BHC agriculture student wanted to help the United Way. Chris Sommers brought a semi-load of monster pumpkins from his family farm in Indiana. Not able to sell the full load, the idea of an auction was hatched. 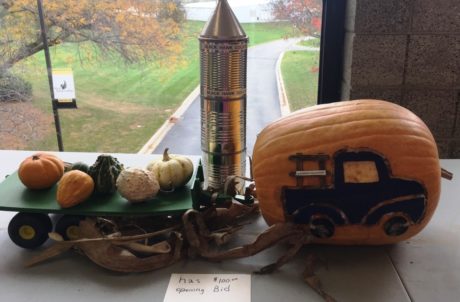